Well I wasn’t expecting that. After my last blog I finished my third set of anitibiotics and within a day embarked on my fourth lot after a visit to the GP.  She also checked my records and it turns out that this was my fourth urine infection since April, so decided to send me for a renal scan just to make sure that there is nothing else going on. Hopefully that will happen sometime in the next few weeks, although I must state that I do not think that this is as a consequence of my NETs, I have been bothered on and off with these all my life. It seems to be a family thing, my mother had problems and so does one of my sisters. Fingers crossed I will not be proved long.

So the new tablets, which were seriously strong, seemed to be being the job, and on the Wednesday of that week I went into work to catch up with everybody, I need my regular fix!! Also my daughter Judith asked if I could look after the grandson on the Thursday as the child minder was not very well. I of course jumped at the chance, just me and the little man for the day, what’s not to like.

So Arthur was dropped off early on the Thursday morning, I had already been to the loo and thought, hmm this could be interesting but I am sure it will settle down. Little did I know that this would mark the start of the worst run of syndrome symptoms I have had since my diagnosis and treatment stared last year.  Needless to say, over the day there were numerous visits to the loo, luckily it is rather a large room with a pile of shoes at one end, which thankfully kept Arthur amused  and I thought oh well, he will get his own back in the next few years!! Other than that we had a lovely day. 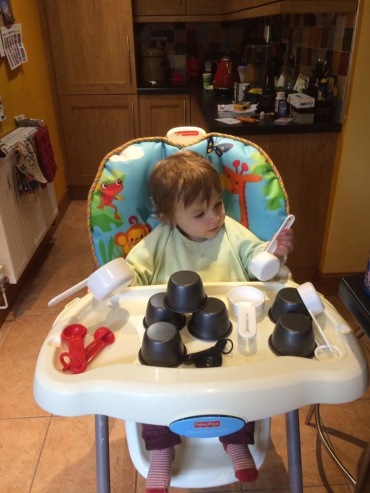 Unfortunately though, after he had gone home things went from bad to worse very quickly, and I was in bed for 7pm.  Over the next few days, things got steadily worse, I spent 4 days mostly confined to the bedroom, with severe bloating and stomach cramps, lots of heat pads and clock watching for when I could take my next fix of painkillers.  Alternating between co-codamol and buscopan. I even resorted to Imodium, I was desperate, god knows where everything was coming from, as I was hardly eating. On the Monday I finished my antibiotics, and finally ventured downstairs, I was extremely tired, and my stomach felt like it had been used as a punch bag. I also had to cancel my volunteer work for the week, as I knew it was going to take a good few days to get back on track.  I needed to rest, and as it would be Arthur’s first birthday on the coming weekend, I needed to behave myself and get my energy back.   I also  received a lovely set of Zebra earrings from my daughter in Canada, which cheered me up no end. 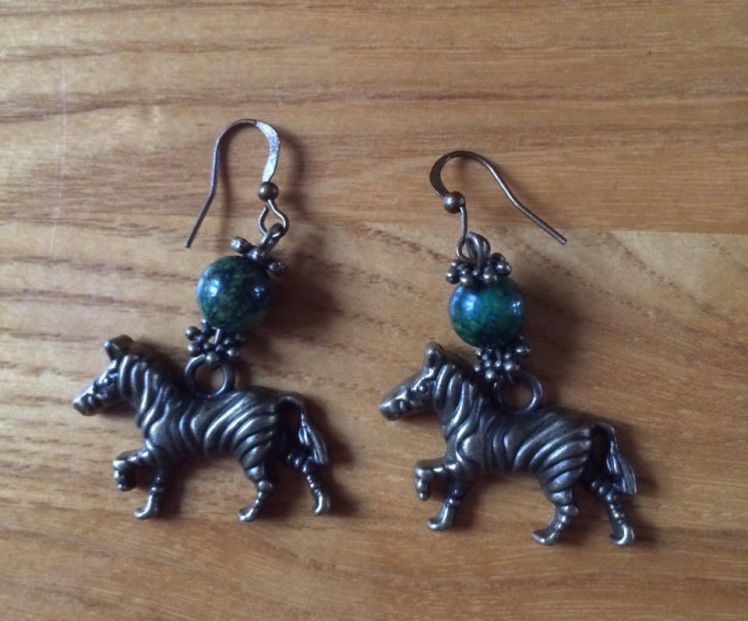 No lie-ins for a couple of days though, the dryer man came to fix the tumble drier, turns out we had one of the ones that were going on fire, and then on Wednesday the new carpet was being fitted on the stairs and landing. At least I didn’t have to get up really early, and apart from doing a bit of washing and some bits of housework I did behave myself, and my symptoms started to calm down a bit.

Before I knew it, it was Friday and time to start getting ready for Saturday’s party. So after dropping Ade off at the train station on the Friday morning, he was off to Edgbaston for the cricket, where he got me a zebra picture😃

Judith and myself did the food shopping, but my stomach was playing up again. I realised pretty quickly things were not as settled as I thought, but there were plenty of helpers to get thing done. I had another early night, and Saturday morning was a bit of a mad rush, but we had a lovely day with both sides of the family celebrating Arthur’s birthday, and his dad did a brilliant job making and decorating his cake.

Sunday consisted of putting everything back together, and then we went to friends for a lovely Sunday lunch, and some holiday planning for our trip to Scotland. It was just what I needed, but I need to work on being well for the holiday as we are already over excited . So today I have contacted my specialist nurse for some advise, although I think that the main culprit is the antibiotics and that I just have to ride this out. We also have our annual trip to Snowden coming up this weekend, but I don’t think there will be any magical mystery tours for me this year.

3 thoughts on “Knocked for Six”