Boy time really does fly, before you know it 6 weeks has disappeared and you realise that you haven’t done your blog. I have not been lazy as such, more distracted by other things; my social media profile has been also been very quiet too. In fact I would go as far as to say it is because I haven’t felt very sociable. A lot of this is due to intermittent but persistent problems with my stomach, combined with scans and pre-result anxiety. Don’t get me wrong things have got done, they always do eventually, but there has been a distinct lack of get up and go.

This years preserves were finally finished just after my last blog, and included my take on a chilli sauce using this years crop that were not jalapeños and last years stock still in the freezer, its hot!! We are a bit low on jalapeños this year though, so a few people will be disappointed, but there is plenty of the sweet tomato and chilli chutney to make up for it. I also had a few practice runs for the NETs coffee morning on the 10th October, making a gluten free Victoria Sandwich and Coffee and Walnut cake. I  did a taste test at the NET natter meeting for my flapjacks on the 21st October too, they were well received:-) 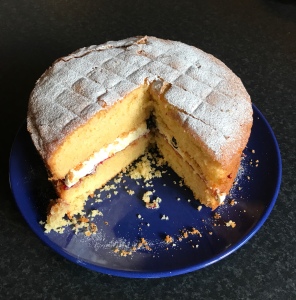 We also attended a Masked charity ball on behalf of Lung Cancer on the 28th October which was great fun, although I was a bit down on the run up to it as my stomach was playing up big time. There have been (and continue to be) quite a few nights spent hugging a hot-water bottle and downing the painkillers, leaving me exhausted during the day. I have no idea why night time is worse for me, I have tried to pin it down to diet but so far nothing has rang any alarm bells. Thankfully though things behaved themselves enough for me to go, and we had a great night.

My back has also been playing up, so I am back at the osteopath, at first I thought that my post jab joint pain had decided to extend its reach. I happy to report though that it hasn’t, my osteopath Kirsten pinpointed the problem straight away, boy did I yelp!!

On the 1st November I was at the Christie for my scans, a first for me in that both my MRI & CT were done on the same day, one straight after the other. As a result the contrast from my CT interfered with MRI for my liver, so I was warned that there might be a problem reading it. I was a bit out of sorts for a couple of days afterwards and needed to be near a toilet, I wonder if it was having the scan contrasts, not so much both on the same day, but without a gap. The following week I was back for my results, and I admit I was a bit anxious about them due to my persistent discomfort. Thankfully though everything remains stable, my liver MRI was readable, and I was added to the weekly MDT discussion due to my on going problems, I have also been prescribed vitamin D as my levels are very low.

PRRT was mentioned at my consult as my markers show as being receptive to this type of treatment, however following the MDT this appears to be off the table for now.  I have been tested again for malabsorbtion issues, and depending on the results I may or may not be referred to a gastroenterologist just make sure nothing else is going on in there unrelated to my NETs.   The team do not understand why I am so symptomatic without any significant progression, I definitely don’t, but I do know it gets me down.

Following my results on the 8th November I got on with my baking for the coffee morning on the 10th. It was I am glad to say a great success, and we raised just over £400. Thank you to everybody who came and supported us, and an especially big thank you to my daughter Judith, my in-laws Kay & David and friends Lisa Thorley, Sabryna Porter, Susan & Richard Poole, Jessica Holmes and Tracey Harley and her mum, who all helped out on the day serving teas and coffees and manning the stalls, also Lisa Proctor who did my posters. I couldn’t have done it without you all. Also thank you to Morrisons supermarket for their generous sponsorship, which covered the costs for the teas and coffees as well as a few extra cakes.

With a day to rest up after the coffee morning, my lovely hubby whisked me off to York for our wedding anniversary. It is one of our favourite places. We had a lovely couple of days, the weather was cold but dry, the hotel very luxurious . We visited the train museum, which neither of us had visited since we were children, and did the walk up the main tower of the Cathedral, and had a very nice anniversary meal. The view from the top of the Cathedral was certainly worth it, but boy did we feel those 275 steps to the top the following morning. I woke up feeling like I had done an extreme squat class, my thighs were on fire and my calves felt like they were made of stone!! 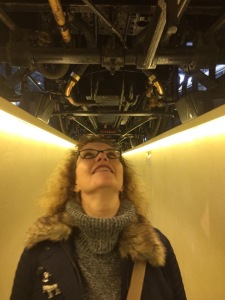 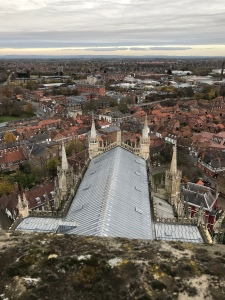 The weekend after we were back I had a really bad episode in the early hours of Sunday morning which resulted in me finally getting over my fear of morphine, I am so glad I did. Even though the following day was a complete wipe out, my stomach did not feel as though it had had a good kicking. It was sore but nothing like it usually is. I reported it to my specialist nurse for the MDT. The following Saturday it happened again, not as severe as the previous week, but it still knocked me out for the day. This did upset me to, as I was due to go to Birmingham the next day to meet up with my work colleagues for lunch  a long standing arrangement.  I did make it and we had a good catch up, on the Monday though I was very tired and sore again, but it was worth it.

To finish I give you fair warning that the “Rambling Potters” will be doing their New Years sponsored walk for the 3rd year running on the 6th January to raise funds for the NET Patient Foundati, so I will be after your money in the very near future;-)